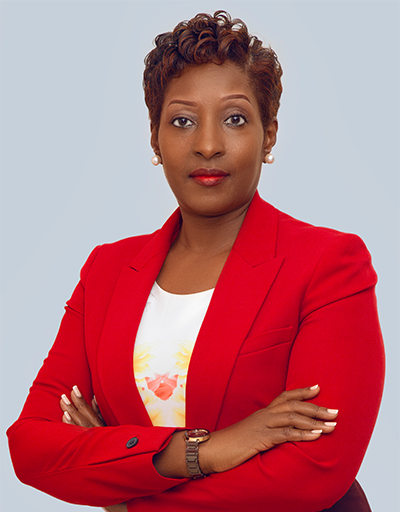 Yvonne Denise KAGWISAGYE is the current Chief Executive Officer of OLEA-CUZO RWANDA. She is a holder of a Bachelor’s degree in Business Administration (Majoring in Marketing) and followed multiple local, regional and international trainings in Banking and Insurance Sector.

She has accrued knowledge from over 20 years experience in both Banking and Insurance industries. She worked with AAR Health Services Rwanda, a Pan Africa Company from 2005 – 2011 as a Sales and Marketing Executive then later on as a Corporate Relationship Manager respectively, of which she was the highest flier throughout.

Yvonne briefly worked with CORAR (SAHAM) as an independent agent, still leading in terms of sales but preferred to sell for UAP Insurance Rwanda, a Pan African company, as their first insurance agency from 2013 – 2016 where she won several awards consecutively for the best production.

When the Agency expanded and Yvonne changed modus operandi, it grew into an Insurance Brokerage company which partnered with OLEA and formed OLEA-CUZO.

Other domains of expertise :